Can You Handle the Pressure? 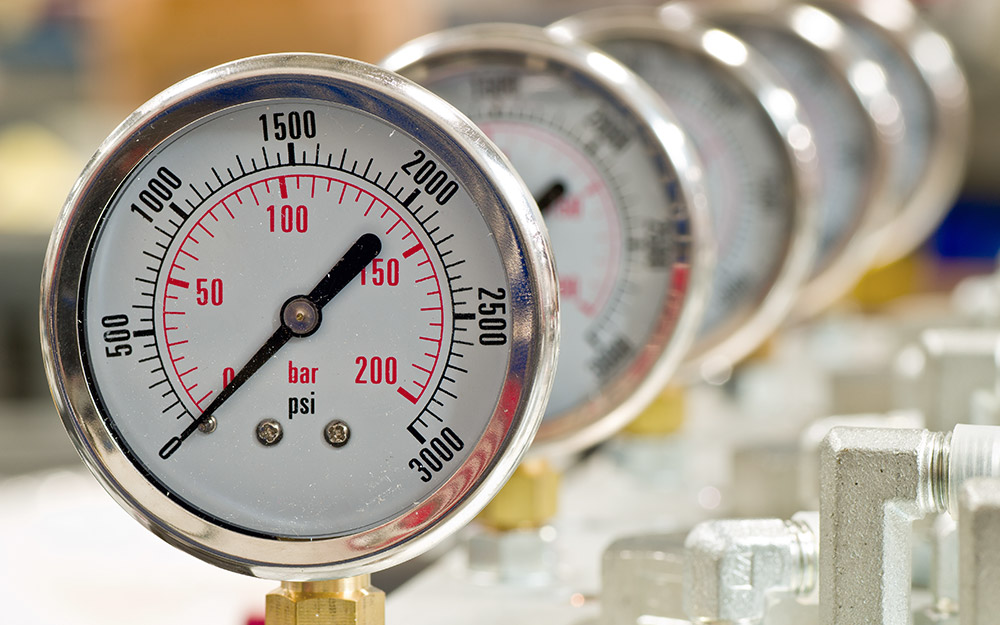 Do you think your hydraulic system is man enough to handle six Brock Lesnars, four Shaqs and five Aaron Gibsons all balancing on a pogo stick?

For those not good with Google, I’ll save you the work; that would be in the range of 5000 pounds pressing down on one poor little square inch. If that doesn’t impress you, what if I said a 2” bore cylinder could lift almost 16,000 pounds with that kind of pressure? The ability to transmit controlled fluid under pressure is what hydraulics are all about. Since back in the day (which was a Wednesday … fun fact) when fluid power was new, pressure was limited by design, materials and construction. Cylinder seals used to be literally made from leather. Our understanding of fluid mechanics combined with engineering prowess has lead to modern system being able to handle more and more pressure. Enerpac/Power Team style actuators have been able to reliably achieve 10,000 psi for years, although that is generally very specific equipment with narrow purpose.

However, this missive applies to standard machinery style hydraulic systems, with powered prime movers (as opposed to hand pumps or pneumatic intensifiers) and traditional architecture. There are some obvious benefits to increasing pressure in hydraulic systems, and it’s a trend that’s about to ramp up once again. The key advantage is the ratio of an actuator’s force/torque to its size. As you increase pressure in any given actuator, its force output rises equal to its area/displacement times the pressure available to it.

I think you’re starting to see the point of this week’s issue. Using high pressure systems with high pressure actuators allows you to use smaller sized pumps, smaller sized lines and smaller sized actuators. Because the cylinders and motors are smaller, it takes less flow to achieve the same velocity or speed as larger actuators, even though they may put out the same force.

If you apply this example to a piece of mobile machinery that you’re already on the verge of busting the axles on, then you’ll be able to quantify advantage. That 12 pound, 10 cc AA2FM10 can churn out 75 horsepower ‘til the cows come home, at 5800 psi and 22 GPM.

If you were limited to 3000 PSI, then you’d need a 32 cc piston motor weighing 21 lbs and requiring almost 50 GPM. To compare apples to oranges, the smallest Char-Lynn motor that can put out 75 horsepower is the 345 cubic centimetre 10,000 Series, which requires 45 GPM and weighs 96 lbs.

So, next time you’re designing a hydraulic system from scratch, considering how high pressure can help you in machine flexibility. You may have more room and available mass for other machine components if there are less hydraulics taking up valuable real estate.

Now … I wonder how many of you Googled the weight of Lesnar, Shag and Gibson?