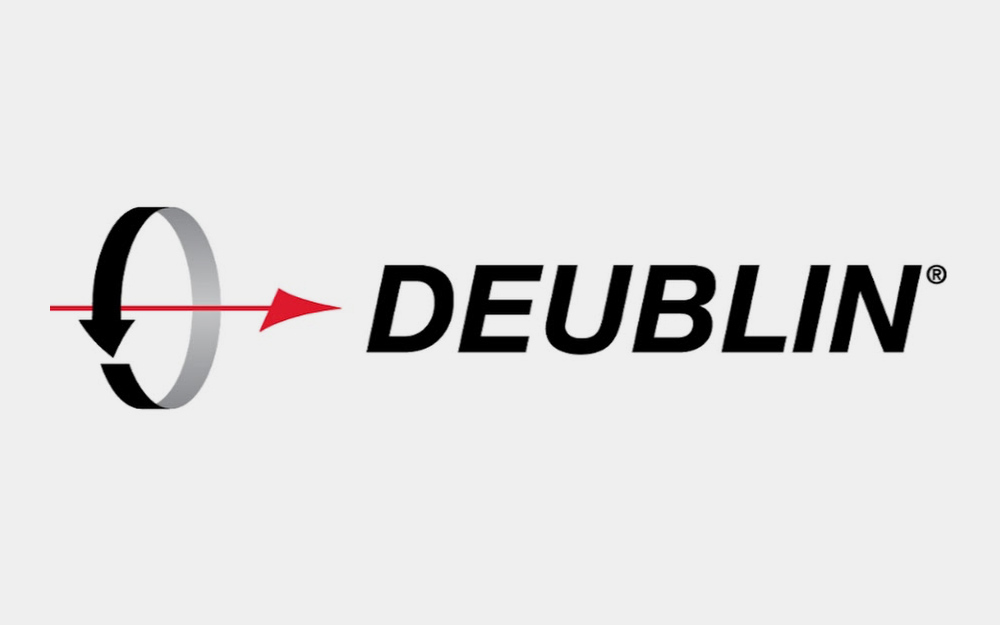 What is a rotary union?

A rotary union is a precision me­chanical device used to transfer cool­ant fluid or media from a stationary source, such as a pump, into a rotating device, such as a spindle with cutting tool. The typical coolant fluid is mainly water-based with oil for lubricating the cutting edge. Rotary unions also can transfer air/oil mist, cutting oils, and even dry air.

A typical rotary union consists of a rotor that spins at the same speed as the machine tool spindle, a non-rotating element that closes precisely against the rotor, a housing that connects the supply hose to the non-rotating element, and seals that contain the coolant fluid.

With this technol­ogy, seal contact pressure and thrust load on the spindle are minimized, regard­less of operating pressure. This reduces seal wear, resulting in longer life and more reliable performance. For positive sealing, smooth rotation, and long service life, special lapping processes are required to achieve the optical flatness required for sealing. In addition, special seals are required for wear and abrasion resistance. Balanced mechanical seals are also preferred.

What is a “coolant system” for machine tool applications?

High-speed cutting tools require both cooling and lubrication to reduce the rate of tool wear and to prevent overheat­ing, both of which de­grade the tool’s strength. Flood-coolant systems spray coolant fluid onto the work piece near the cutting tool. But for many machining operations, such as milling or hole drilling, these systems are less effective at getting coolant fluid to the cutting edge. Without coolant, chips will block the cutting tool flutes and the cutting edge loses hardness due to overheating. This leads to exces­sive wear, short tool life, and poor sur­face finish.

What is an alternative to flood coolant?

Through-Spindle Coolant (TSC) is an alternative to “flood coolant” system. The TSC conducts coolant through the cutting tool to cool the cutting edge, reduce friction, and re­move chips. Coolant flows axially through a rotating union into the spindle and tool holder directly to the heat source. Compared to flood-coolant systems, TSC offers lower oper­ating costs for tools and coolant, better control of tool overheating, fast­er feed rates, and high­er productivity. To deliver coolant through the spin­dle, a coolant union or rotary union is required. 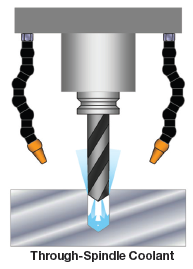 What are the differences between bearing and bearingless rotating unions?

Bearing-supported unions are easy to install and replace, because of their one-piece design. Rotor-mounted style attaches to the machining center with a threaded rotor. Bore-mounted style slides into a precisely machined coun­terbore at the end of the spindle. The housing of both styles contains a drain line that channels any leakage. Rotor-mounted, bearing-supported unions absorb nearly all axial forces (thrust load) on the spindle caused by coolant pressure. For both bore-mounted and bearingless unions, however, coolant pressure creates a certain thrust load on the spindle.

Bearingless unions provide sev­eral advantages. Eliminating bearings increases the maximum rpm at a lower cost. Since only a small rotor attaches directly to the spindle, there is no possibility for the union’s housing to be a source of vibration. Without bearings, the union is immune to side loading from, for example, too much tension in the coolant supply hose. Bearingless unions can be very small, ideal for applications with multiple, closely spaced spindles. However, they are installed in two pieces—the rotor and a small housing, containing the non-rotating element and connection to the coolant sup­ply—and one must carefully handle the exposed micro-lapped seal faces.

What are the different available sealing technologies?

The seals stay closed with or without coolant pres­sure. Therefore, drain lines generally are not required. However, all rotating unions operate with a thin film of me­dia between the seals. Over time, small quantities of media can migrate across the seal faces. Therefore, they require proper venting provisions. Closed seal unions generally are less affected by contaminated coolant. However, closed seal unions should not be rotated for an extended time if coolant fluid is not present.

This kind of seal closes only when pressure is applied. When pressure is removed, the seal faces separate by a very small distance. This eliminates friction and seal wear during operation without coolant, and therefore allows unlimited “dry running” at high speeds. They are not intended for extended opera­tion with pressurized dry air.

These seals close when coolant pressure is applied to contain the coolant fluid, and “pop” apart in the absence of cool­ant pressure to allow unlimited dry running. Like the controlled leakage designs, the seals handle pressurized dry air by creating a microscopic gap between the seal faces.