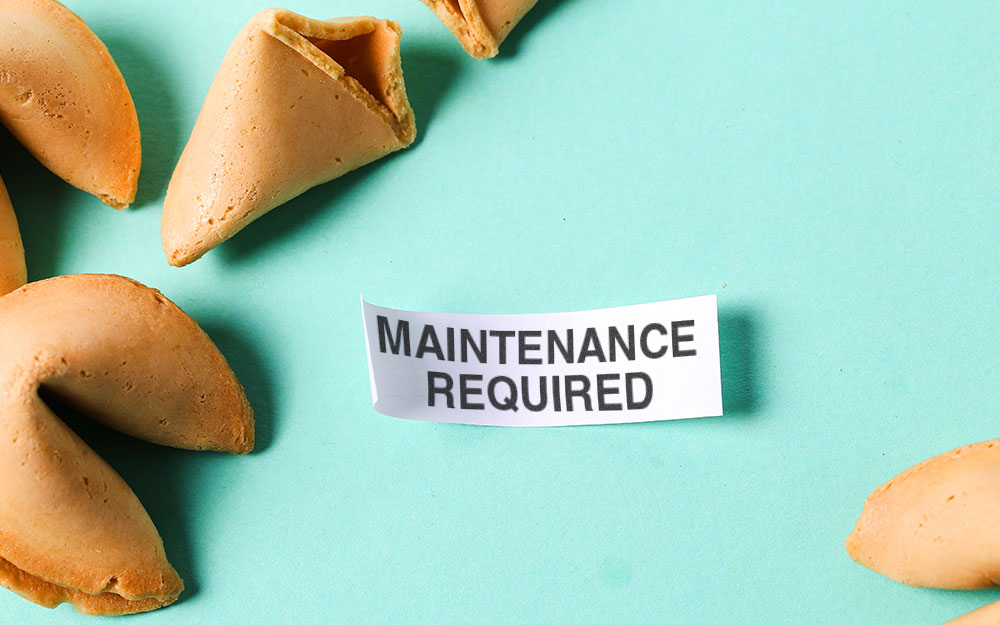 Don’t get me wrong, if your plant takes part in an intelligently implemented preventative maintenance program, then you’re steps ahead of your competition. But what if you were changing filters, rebuilding pumps and valves, and replacing oil at the unnecessary expense of time and money?

Welcome to the world of Predictive Maintenance! Predictive maintenance is still a form of preventative maintenance, just that it allows you to address a problem before or at the time of failure, rather than needlessly changing components (or fluid) based on the moon cycles.

The idea is that instead of using a calendar to decide when to change a filter, pump, valve or fluid, we use the various forms of monitoring available to predict a failure. One example is that of fluid particle contamination sensors. These sensors transmit the ISO contamination code of the hydraulic fluid in the system (Google”ISO 4406”) as an analogue signal. The code can be displayed with onboard electronics or the signal can be fed into a PLC to give the operator a warning that a preset condition has been realized.

So if your ISO code has been 15/13/11 for months, then in the matter of minutes, shoots up to 18/15/13, then that signals a problem that should be addressed immediately. Or if the machine stopped working suddenly with no change in the ISO code, then the probably could be related to electrical, rather than hydraulic.

Also available are water saturation, flow, vibration, ultrasonic, viscosity, pressure and temperature transducers. These sensors can be fed into data logging hardware that can allow you to monitor conditions, plot trends and even give you warnings via e-mail or text-messages when pre-set parameters have been breached.

Think about it ...one of a dozen temperature transducers in the system is showing that oil coming from the main system relief valve is twice as hot as usual; a signal the relief may be stuck open (or forced open). Or, the flow sensor in the pump case drain line shows that case drain flow has been increasing steadily over the past month, signalling imminent pump failure. Or, the water saturation sensor shows oil humidity has been on the climb, telling you that you’re seeing accelerated wear and oxidation levels as a result.

Nearly every condition can be monitored, giving you a complete story on the state of your machine, and how that state is changing. The only objection is the time and finances needed to get these projects up and running. The price of electronics is at an all time low, allowing most of the systems to be implemented for less investment than you'd lose from one day of lost production.

Imagine that instead of three weeks on planned shut-down, but just a few days to take care of non-hydraulic related maintenance. Sure, being able to predict a failure doesn’t prevent the failure. But wouldn’t you rather know it’s coming to schedule the repair for the next shift, than be scrambling to diagnose the failure at 8 PM on a Friday because you didn’t see it coming at all? However, if you think hydraulic oil is good unless it looks like a Tim’s double-double, then I’m sorry for wasting your past ten minutes.